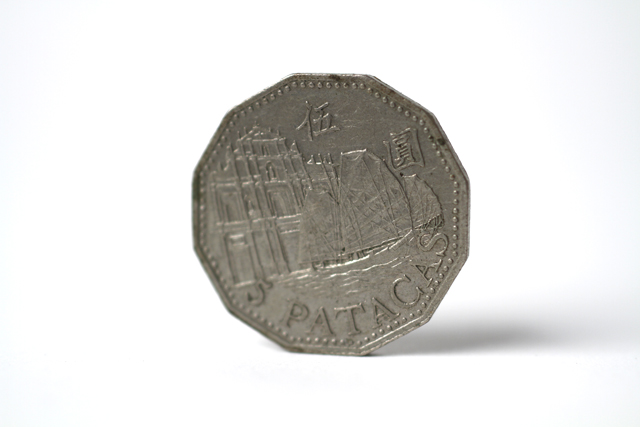 2.7 cm diameter
Macau is about 40km south of Hong Kong, I think. It was a Portuguese colony from the 16th century until 1999. When I went there in 1997,  I found out that the first language was Cantonese, the second Portuguese. I found that out by not being able to talk to anyone. I would just point at food items and hand people patacas. I’m pretty sure I got a fare deal most of the time…. Read More