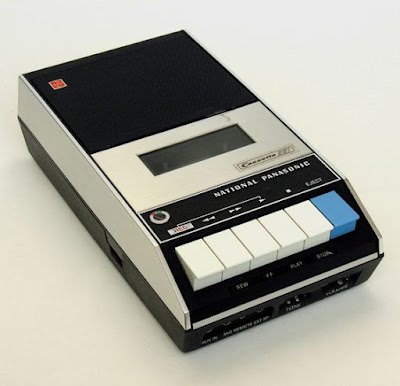 In the early days of portable cassette machines, late 1960s and early 1970s cassette decks often came with demonstration tapes. These were mostly public domain songs, such as “Little Brown Jug” and “Michael Row The Boat Ashore” or specially composed material, often with the second side blank for the customer or purchaser to test the recorder with. But several manufacturers from National/Panasonic, Sanyo and Sony made these cassettes. 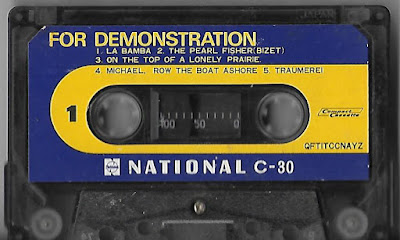